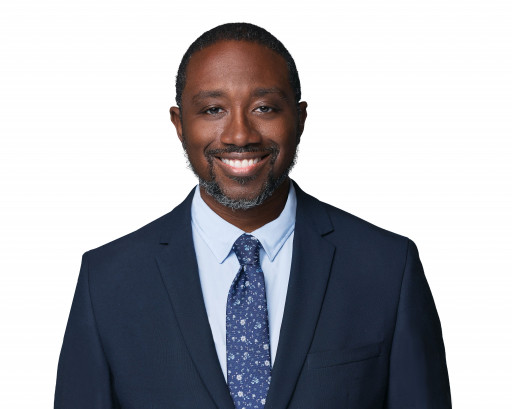 As Florida's premier statewide housing organization on everything from ending homelessness to first-time homeownership, the Coalition provides training, consulting, and technical assistance to government and community-based organizations involved in producing and preserving housing for the workforce and Florida's most vulnerable populations.

After Ross announced her retirement, the Board engaged a CEO search consultant to conduct a national search for qualified candidates. Out of a pool of 300 national applicants, six top candidates were interviewed, and the Board of the Coalition unanimously chose Mr. Nesbitt.

"Speaking on behalf of our entire board, I could not be more pleased that Ashon will be the new head of the Coalition," said Suzanne Cabrera, Chair of the Coalition Board. "His extensive experience in housing financing and development, his vision and professionalism and his championship of all our major initiatives make him the best choice. Ashon is known for building partnerships across public and private, for-profit and nonprofit sectors - he has the right combination of leadership skills, policy expertise, and commitment to affordable housing to lead the Coalition."

A respected community and nonprofit leader, Mr. Nesbitt is currently Chief Programs Officer and Technical Advisor with the Coalition, where he has led the Community Land Trust Institute as well as the Center for Racial Equity. During his tenure at the Coalition, Nesbitt has championed an expansion and professionalization of Community Land Trusts throughout the state, overseeing the development of the nationally recognized and first-of-its-kind Community Land Trust Certification Program, which in 2021, led to six nonprofits receiving their Certification. Mr. Nesbitt is the author of the Coalition's innovative guidebook: Eyesore to Asset: A Guidebook for Adaptive Reuse of Vacant Retail, designed to aid local governments and business leaders in their search for new models for local economic development.

As CEO, Mr. Nesbitt will lead all of the Coalition's housing affordability production and preservation initiatives. "There is no doubt, we are in a housing affordability crisis in Florida. We need to work together closely with our statewide members and our Partners for Better Housing to implement strategies which will strengthen Florida's affordable housing production and preservation," stated Mr. Nesbitt. "It's exciting to be a part of the Coalition's next chapter, and I look forward to working with our talented Board and staff as we further build successful strategies and champion housing affordability best practices."

Learn with Love is Part of the LGBTQ Youth Suicide Prevention Organization's Initiative to Protect Transgender and Nonbinary...
00:01:17
Television

Mark Wahlberg talks about gaining weight, religion and his beliefs during the production of the movie Father Stu....
Business news

Copyright © 2022 EnRose Magazine. All Rights Reserved | Part of VUGA Media Group |  Fair Use  |  Terms of Use  |  Get Published